If you've attended a number of funerals over the years, you've likely been to a service at which members of the deceased person's family release helium balloons at some point during the proceedings. While this act may be a comfort to some people in attendance, it's not the only option. A good alternative is to contact a dove release company that can attend the service and release a specific number of white doves into the sky when the time is right. There are several reasons that a dove release during a funeral can be a better choice than a balloon release.

A big drawback of releasing balloons is that doing so isn't environmentally friendly. When the balloons finally return to the earth, they create litter on the ground. There's even a risk of a bird or other animal ingesting one of the balloons and choking. A lot of people don't feel right about a balloon release because of the environmental impact, but this won't be a concern with a dove release. The doves obviously don't create litter and aren't a choking hazard to other animals. After flying around, they're trained to return home to the company's location for future use at another service.

No Chance Of Mistakes

When you have a dove release at a funeral, you hire a company that specializes in this service and you can expect a professional, mistake-free addition to the funeral. The same isn't true with a balloon release. Generally, one family member will pick up several balloons and distribute them among the family. Inevitably, one person—often a child—will accidentally let go of their balloon before the allotted time, which will not only be a distraction but can upset the child. When you book a dove release, you'll avoid such issues.

Most people have been to funerals that include balloon releases, but there's a good chance that a large percentage of those who attend the funeral you're helping to plan won't have ever experienced a dove release. While lots of people have seen dove releases on TV, it's a completely different experience to be present for one in real life. If you want the funeral to have a special and unique feel as a way of honoring the person who has passed away, a dove release can be a better choice. Reach out to a local dove company to learn more about booking a dove release for special occasions. 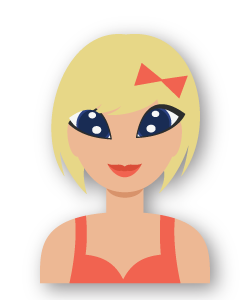 Why Releasing Doves Is Better Than Releasing Balloons
21 December 2022
If you've attended a number of funerals over the years, you've likely been to a service at which members of the deceased person's family release heliu …

3 Factors to Consider When Choosing an Outdoor Wedding Venue
3 November 2022
Looking at wedding venues is a process you may begin shortly after getting engaged. While you may find plenty of indoor venues during your search, you …

Stanchion Usage During A Public Event
8 September 2022
A crowded event may require that several lines are set up for the sale of tickets and food. Sections within an event venue may need to be cordoned off …